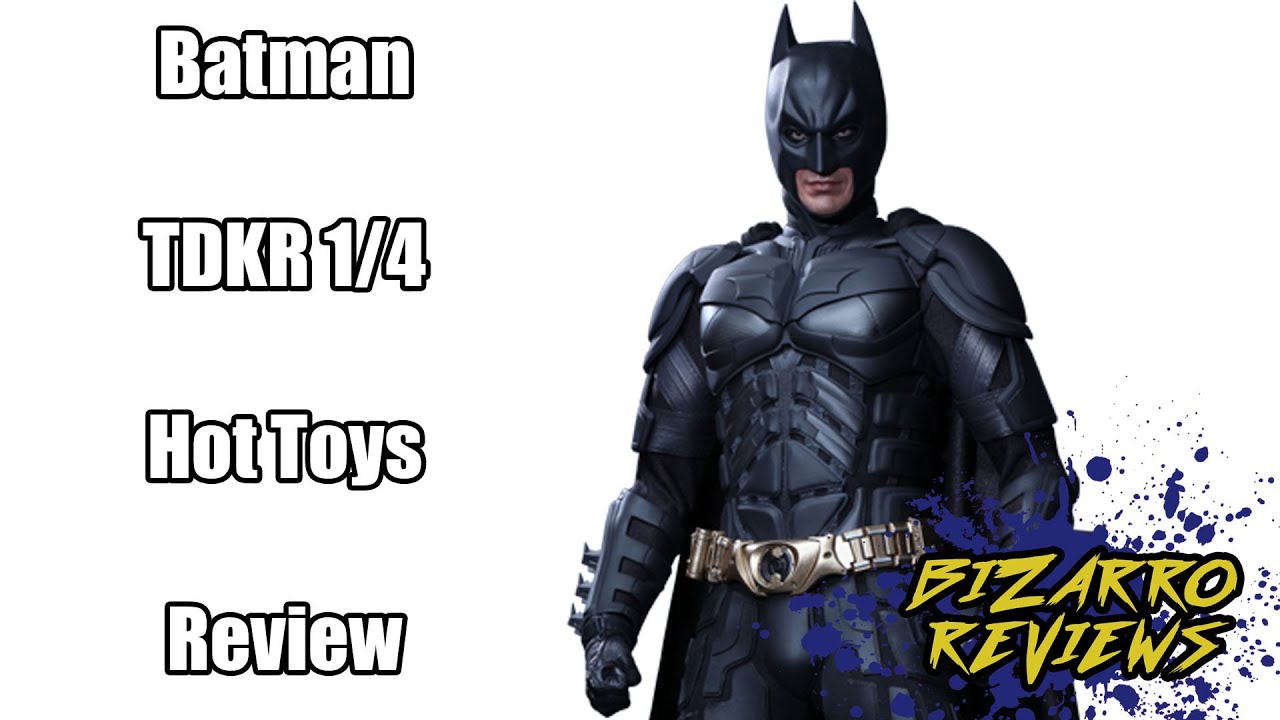 In the film it is followed immediately by "Gotham's Reckoning". The title is referenced when Selina Kyle says, "There's a storm coming, Mr.

Bane's principal theme, it is considered the first "official" music heard in the film, played during the scene in which Bane crashes the plane.

Wayne's pearls. It also plays predominantly when Blake stops Selina Kyle to get information, and pieces of it often play when Selina appears onscreen.

The title is taken from the scene when Bruce interrupts Selina during a dance to retrieve the pearls and says, "Mind if I cut in?

Played whilst Gordon and the others plot to rescue the trapped policemen underground. Played in the scene where an inmate tells Bruce the legend of a mercenary and the child who escaped the pit.

Referenced when Bane tells Batman that he was born in darkness during their first battle. The first section is primarily heard when Bane and his men escape from the Stock Exchange on motorcycles.

In the film, the track "Risen from Darkness" comes in shortly after this track is introduced. The rest is heard during Bane's speech in front of Blackgate Prison.

Referenced when Bane says "Yes The fire rises" to one of his mercenaries during the prologue. The title comes from Bruce telling Alfred, "There's nothing out there for me".

Played when Batman first reappears in Gotham by lighting the symbol on the bridge and then rescuing John Blake from Bane's thugs.

It uses the Batman Begins "Vespertilio" theme predominantly. The title comes from Bane's statement, "Home It is played in the scene when Batman saves Selina from Bane's men and they are flying over Gotham in the Bat.

The title comes from the scene where the doctor in the pit says to Bruce, " Without the rope. Then fear will find you again".

Played when Bruce sees a flashback of his father asking him "Why do we fall? Played when Bane speaks to a wounded Bruce in the pit. Its title comes from the scene where Dr.

Crane sentences Gordon and his allies to death by exile. This track is part of the Wayne Manor theme suite which was composed in the film's development.

The first minute or so is entirely unused in the film. The part from to appears—edited differently—during the end credits while the section between to is used when Batman is being chased by the police after he rescues the hostage and retrieves the tablet used in the stock exchange.

A shortened version of the theme from is used when the police officer threatens to blow the bridge; the rest of the track is a variation on the music which plays during the fight between Batman and Bane outside the courthouse.

The title of this track comes from Bane telling Batman, "You'll just have to imagine the fire! The title is derived from Bane's declaration to Daggett that he is "necessary evil".

This music accompanies the last scene of the film, starting from when Batman flies the Bat out into the sea, to the ending moment of Blake rising in the Bat Cave.

This track is not exactly the one used in the film, however; the film version is slightly altered beginning at , while the music at the very end is lifted directly out of the previous film.

The title comes from Bane's statement to Batman: "The shadows betray you The track is unused in the film. The track is heavily edited in the film itself, however, including a small portion of Wayne Manor theme suite, a cue which is absent from the track as it appears on the album.

The very end of the track plays during Gordon's speech on Harvey Dent Day. The title of the track comes from a man's statement near the end of the film where he says, "We better leave no stone unturned.

Played during the chase scene when Batman first appears. This track is not the one used within the film, however, but is instead the initial cue before it underwent re-editing.

The version used in the film itself makes heavy use of temp tracks lifted directly from the previous two films as opposed to the new variations on those cues found in here and the middle section is edited differently as well.

Additionally, the rising note at the beginning of the track is shorter in the film. The first half of this track plays after Batman frees the cops trapped underground, until Selina rides off on the Batpod in the next scene.

The second half plays when Bruce Wayne is taken with a bag over his head to Lucius Fox. Theme suite composed in the development of the film. It contains the album tracks "On Thin Ice" and "Imagine the Fire" see table above for information on those tracks , as well as several unreleased and unused cues.

Most notably, it includes the music that plays when Selina leads Batman to Bane. Theme suite composed in the development of the film, containing the chant.

Also present are portions of "Gotham's Reckoning" and "The Fire Rises", as well as several unreleased cues. Parts of it play whenever Selina appears, and parts of it are unused in the film.

It is another variation on the finale music. Minnesota Orchestra , Stanislaw Skrowaczewski , Conductor. Please enter your email address and we will email you a new password.

We want to hear what you have to say but need to verify your account. Just leave us a message here and we will work on getting you verified.

The Dark Knight Rises is an ambitious, thoughtful, and potent action film that concludes Christopher Nolan's franchise in spectacular fashion. Rate this movie.

Oof, that was Rotten. Meh, it passed the time. So Fresh: Absolute Must See! You're almost there! Just confirm how you got your ticket.

Jenny McCartney. David Edelstein. The story is dense, overlong, and studded with references that will make sense only to those intimate with Nolan's previous excursions into Batmanhood.

Anthony Lane. Nolan has turned a preposterous character back into a grave myth, the story of a tortured saviour, reluctantly giving his all.

David Sexton. There was an opportunity here for Nolan to show us another way, to again stretch the boundaries of what is possible in a superhero film.

Instead, alas, the latter half of The Dark Knight Rises retreats toward conventionality. Christopher Orr. I'm not arguing that Rises should be Singin' in the Rain.

But its Wagnerian ambitions are not matched by its material. It hasn't earned its darkness. Peter Rainer. Here Christopher Nolan brilliantly closes the final chapter of one of the most amazing film trilogies of recent times.

Yasser Medina. The Dark Knight Rises delivers a satisfying and emotional conclusion to a trilogy which will go down in history as one of the best ever.

This is Christopher Nolan's crowning achievement and a perfect Batman film. Josh Wilding. RISES gives the finish Nolan's characters deserve, but to say it reaches the heights of [its predecessors] is predictably hard.

Jim Ross. This conceit feels somewhat stale this time around, but a fearsome turn by Hardy keeps the action taut and the film exciting.

David Harris. A work that tries to honour and conclude the trilogy's politicking on its slippery themes of civic responsibility versus the value of self-preservation.

You may later unsubscribe. Create your account Already have an account? Email Address. Real Quick. We want to hear what you have to say but need to verify your email.

Add Article. See score details. Rate And Review Submit review Want to see. Super Reviewer. Rate this movie Oof, that was Rotten. What did you think of the movie?

How did you buy your ticket? View All Photos Movie Info. It has been eight years since Batman vanished into the night, turning, in that instant, from hero to fugitive.

Assuming the blame for the death of D. Harvey Dent, the Dark Knight sacrificed everything for what he and Commissioner Gordon both hoped was the greater good.

For a time the lie worked, as criminal activity in Gotham City was crushed under the weight of the anti-crime Dent Act.

But everything will change with the arrival of a cunning cat burglar with a mysterious agenda.

Far more dangerous, however, is the emergence of Bane, a masked terrorist whose ruthless plans for Gotham drive Bruce out of his self-imposed exile.

But even if he dons the cape and cowl again, Batman may be no match for Bane.. PG for intense sequences of violence and action, some sensuality and language. 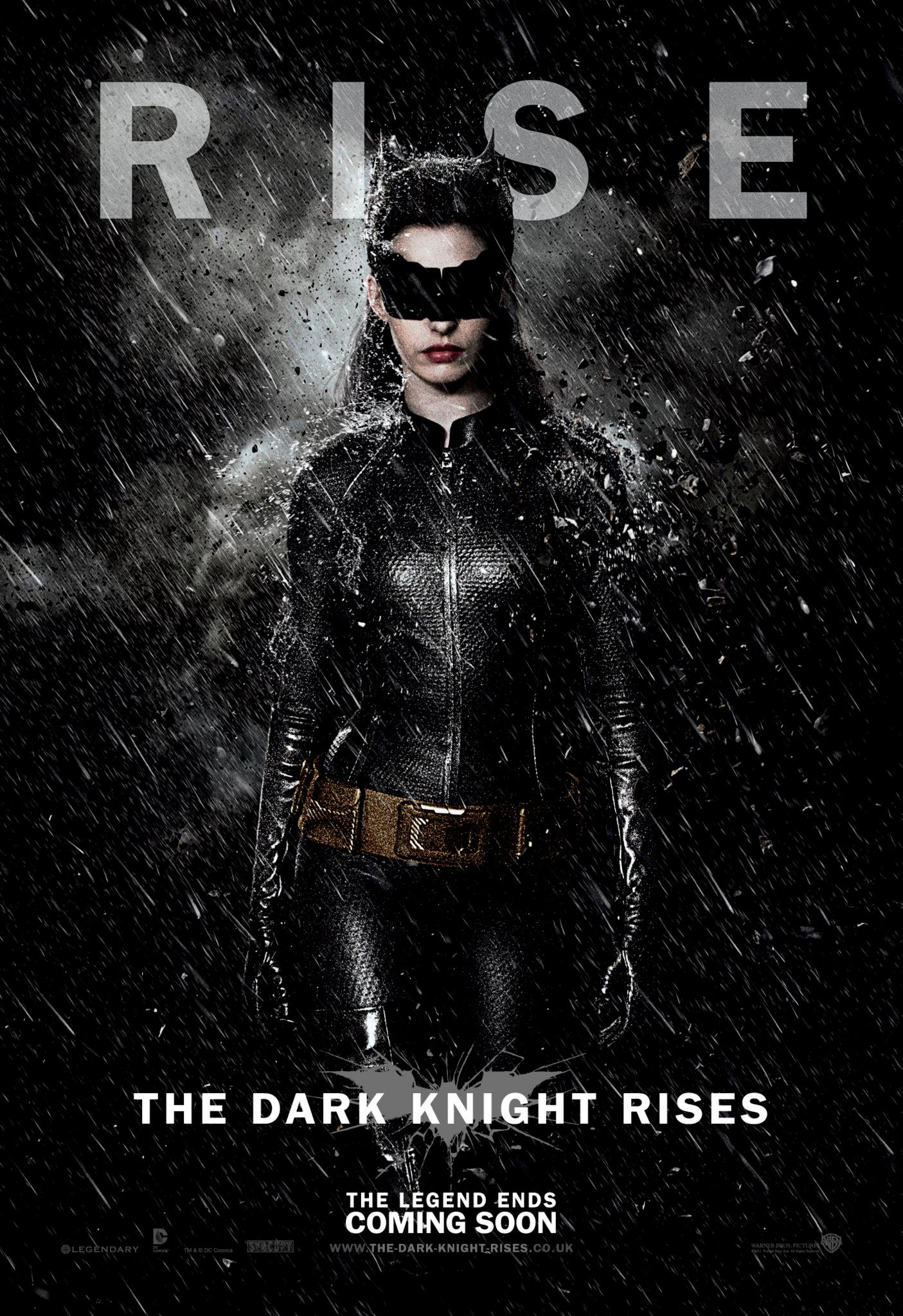